About The Préville FINE ARTS CENTRE

The Préville Fine Arts Centre is a not-for-profit organization and charity that has been a leader in bilingual, arts-based education ever since 1974, when it was founded by musician and visionary, Belva Thomas. Préville is led by General Director, Veronica Thomas, and is overseen by a dedicated board of directors.

Located on  Montreal’s South shore, we provide group and private lessons in all artistic disciplines, from music, dance, visual arts and theatre, to Indigenous arts, songwriting, sound recording and much more.

In the Fall of 2020 we launched The Préville Dance Academy, followed soon after by our amazing virtual school, Préville Online that allows us to expand our Préville community far beyond our geographical region. Our latest venture, Préville In Schools, offers workshops that range from interactive performance-based experiences to hands-on sessions where students, whether local or remote, can create alongside phenomenal presenters.

We believe that sharing through the arts is the best way to bring people together and to promote cultural understanding and respect.

Whether learning in person or online, Préville is committed to offering its growing community accessible, inclusive, high-quality programming at the lowest possible cost. 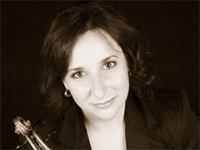 Veronica accepted the position of General Director in September 2019. Being the daughter of Préville’s founding director, Belva Thomas, means that the Centre has been a huge part of her life ever since its earliest days. Under Veronica’s guidance, Préville has experienced remarkable growth and now boasts many new initiatives, including The Préville Dance Academy, Préville Online, Préville in Schools, community outreach programs and Indigenous partnerships, to name just a few!

Using the knowledge and connections made in her years of experience as an artist and teacher, she is guiding this institution in a new direction, while remaining true to the values that have been at the heart of the Centre–such as offering excellence in private lessons and group classes in all artistic disciplines.

Through her personal and professional connections in the arts, she has been able to build a team of the best creators and educators. By encouraging their creativity and innovation, she believes that Préville will become one of Canada’s leading arts schools, ensuring that it survives and thrives for generations to come. Veronica strives to create the most rewarding work environment for her staff and the most welcoming learning environment for the Centre’s clientele.

More about Veronica
Veronica has had a long career as a professional violinist, sharing the stage with some of the world’s greatest talents, while also maintaining her love of education. She has given masterclasses and has been invited to judge many events, including the Canadian Music Competition, where she traveled across the country listening to and encouraging many of this country’s most talented young musicians.

At the age of 12, Veronica began serious violin studies with Dr. Hratchia Sevadjian. While studying with Sevadjian, Veronica developed a strong work ethic and sense of discipline. She quickly realized that without a rigorous practice program and the ability to be organized in her life, she could not hope to become a professional musician, which was her greatest dream–a dream that began when she was 8 years old, taking her first violin lessons at the Préville Fine Arts Centre! 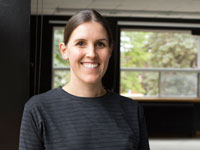 Jamie is the Director of The Préville Dance Academy, the Préville Youth Dance Company and the Préville Summer Day Camp. She is also responsible for the social media marketing for the center.

More about Jamie
Jamie Malysh is a professional dancer with over 25 years of experience. In 2020, Jamie founded the Préville Dance Academy. Over the past few years, through her hard work and dedication, the Dance Academy has grown significantly in popularity and has attracted beginner to professional students from all across Canada, as well as some world-class teachers. In 2021, Jamie started the Préville Youth Dance Company, an elite dance troupe that’s the first of its kind in Quebec. In addition to the Dance Academy, Jamie keeps busy running Préville’s Summer Day camp which operates all summer long and attracts over 500 children. 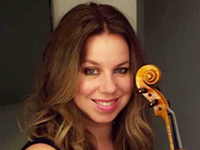 Heather is the Outreach Director at Préville, where she works with artists to help them share their inspiring work with schools, and other community groups, both online and in person. Heather has connected artists from all over Canada to eager participants in urban and remote communities in Quebec and Ontario.

More about Heather
Heather joined the Préville Arts Centre team in 2020. She is a professional violinist, teacher, and recording artist who has enjoyed a robust career touring and performing with musicians like Oscar Peterson, Barbara Streisand and Celine Dion, to name a few! Heather brings access to  an immense network of fellow artists with whom she has worked and taught over the last 25 years.

Heather and her family are no strangers to arts advocacy and outreach–they are the creators and directors behind The Kincardine Summer Music Festival, which has been a fixture in the cultural landscape of Bruce County, Ontario since 1991. 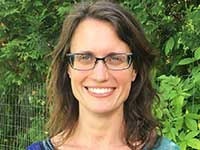 Maria is the General Manager of the Préville Fine Arts Centre where she participates in many aspects of the Centre’s day to day operations, including communications, marketing, outreach, program management and blog writing.

More about Maria
Maria joined the Préville Fine Arts Centre staff in 2020, just in time to be part of the early days of Préville Online. As a musician and writer, Maria brings with her a history of artistic collaboration and not-for-profit volunteering that dates back 25 years. 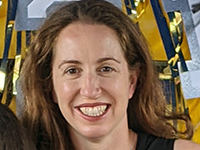 Kristen is the director of Marketing for the Préville Fine Arts Centre and is responsible for the planning and direction of the centre’s marketing efforts. She also manages the centre’s website.

More about Kristen
Kristen brings over 20 years of marketing and communication experience to the team. She graduated from McGill University with a Bachelor of Commerce, and also holds a graphic design certificate. Earlier in her career she worked primarily in the high tech industry, but over the last 10 years her focus has shifted to working as a consultant, primarily to small non-profit organizations. 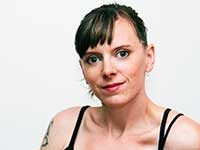 Karen is the payroll administrator and bookkeeper for PFAC. She keeps the numbers organized and balanced, which gives us a clear picture of our current situation, and allows us to see opportunities for  advancement in the future.

More about Karen
Karen has a Bachelor of Applied Business and Entrepreneurship. She has worked as a Group Fitness Manage for Mount Royal Recreation in Calgary, taught through the Baby Signing Time Academy and been a business consultant for several companies.
She is passionate about women’s health and fitness, music, child development, business, finance and the environment. She explores the outdoors as often as possible, mountain biking in the summer and snowboarding in the winter. She has played the piano for years, loves to dance and recently started learning the ukulele. 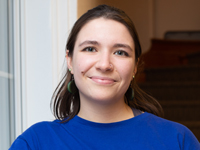 Natasha joined the Préville team in 2020 and acts as an administrative assistant and the assistant director of our summer camp. You can see her in the Préville Online! lobby, working reception for the dance academy, and at the front desk at camp!

More about Natasha
Before working for Préville, Natasha taught hip-hop at the Lorraine Walker School of Dance for several years, and worked as a writer and plant care specialist in the nonprofit circuit. Currently on her way to completing a yoga-teaching certification and a BA in Creative Writing at Concordia University with specialization in psychology and editing, she’s a writer and lover of the arts. 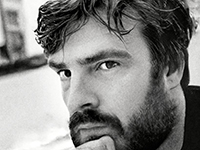 Alexander is a passionate entrepreneur and technology educator. First starting with Préville three decades ago as a bursary student, he now sits on the Board of Directors. He acts as a technical advisor to Préville and other organizations.

More about Alex
Alex is a co-founder of Robot in a Can and other EdTech initiatives that focus on creative programming, web application development, 3d design, expressive arts and many other forms of innovative emergent technology. His curriculum is taught online and in-person to children, teenagers, adults, and seniors worldwide. 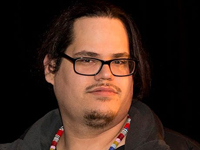 Craig is a teacher at Préville as well as the coordinator of Préville’s Indigenous Arts program.

More about Craig
Craig has participated in many international artist residencies including Re(Claim) and Diverse As This Land, at the Banff Centre for Arts and Creativity; and cultural exchange residencies in Aoteara / New Zealand, as well as in Haïti, in collaboration with LOJIQ (Les Offices jeunesse internationaux du Québec). His work has been screened in festivals including Asinabka (unceded Algonquin territory – Ottawa, Canada); ImagiNATIVE (Toronto, Canada); Kurzfilmtage (Winterthur, Switzerland); Maoriland (Otaki, New Zealand); and the Wairoa Maori Film Festival (Nuhqkq, New Zealand). 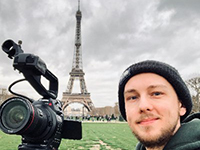 Philippe is the creative and talented mind behind our Préville Fine Arts Centre promotional and educational videos.

More about Philippe
Philippe has been experimenting with video for fifteen years and has been creating documentaries for the last five. Philippe has two feature films to his credit; the first won the prize for best documentary at the Montreal World Film Festival in 2016 and the second was acquired by Bell Media in 2019. 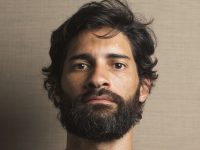 Manuel has been documenting the activities and people who make up the Préville Fine Arts Centre since 2019. You’ll see his stunning images all over our website, marketing and social media campaigns. He is also responsible for documenting our special projects, like dance intensive workshops, and summer camps.

Manuel’s other interests include farming, agriculture, permaculture, landscaping, holistic practices and sports. He is a very passionate person, a good listener and is always willing to volunteer to help others.

The Préville Fine Art Centre’s mission is to offer enriching programs in the field of music (its main activity), and the fine arts, to young people and their families.

The Board of Directors is made up of dynamic individuals with backgrounds in the arts and not-for-profit administration. We are a team of visionaries, artists, and art-lovers with a common vision and passion for arts-based education.

To offer the best possible work environment to our staff and teachers, the Préville Fine Arts Centre complies with the following policies: